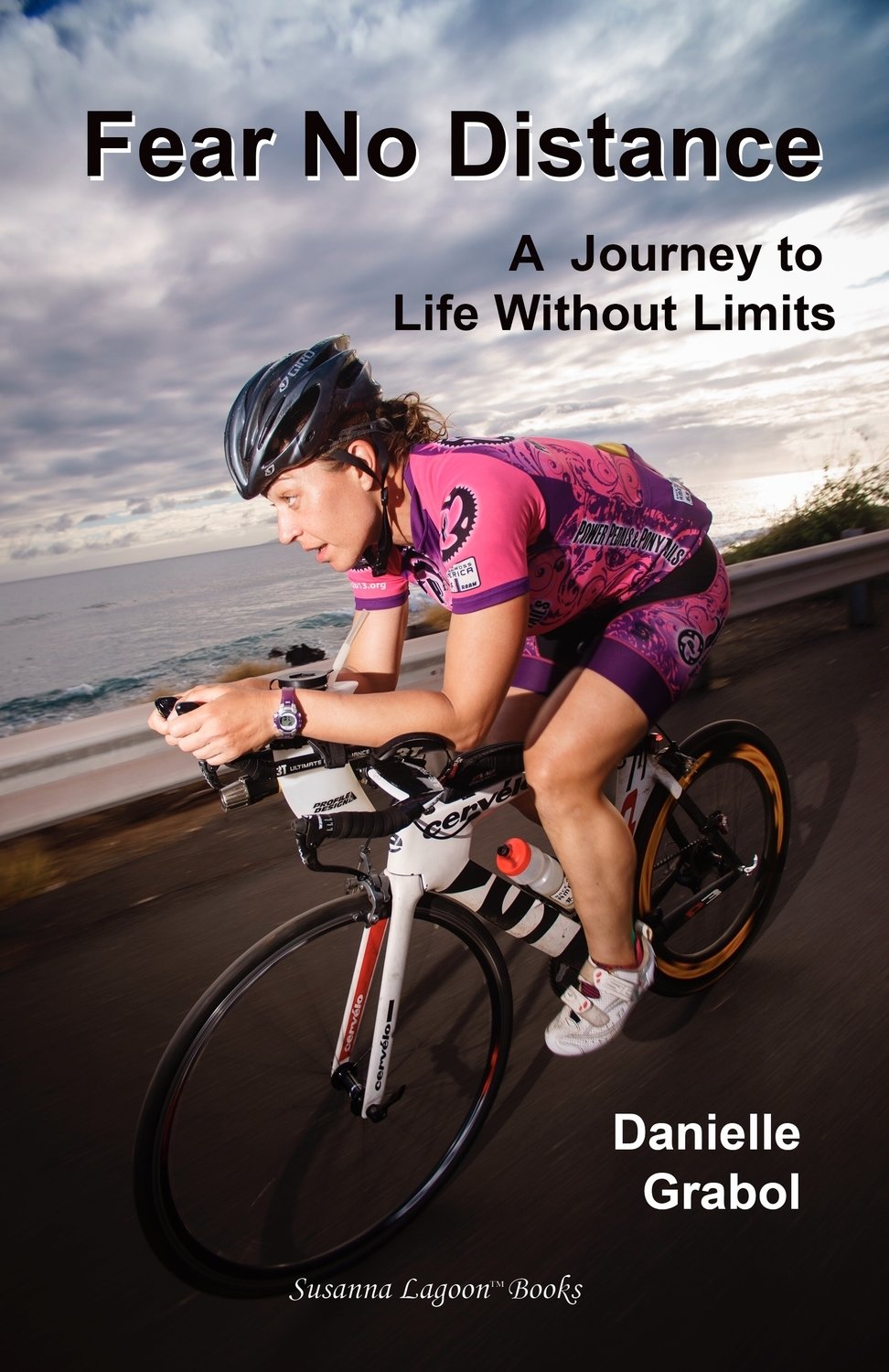 Fear No Distance is an inspiring true story of one woman’s transformation from a 220-pound couch potato to record-setting athlete.

During a routine physical in 2004 Danielle Grabol was given an ultimatum: get your act together and lose weight or prepare yourself for a bleak future. Losing her breath while walking up a flight of stairs Danielle realized that her health was on a downward spiral…and it was time to make a serious lifestyle change.

Danielle’s journey wasn’t easy. After losing nearing 70-pounds from a complete diet overhaul she discovered her one true passion-racing triathlons. While on a training ride in Panama City Beach, Florida Danielle was hit by a car and broke her leg. Doctors warned her that her multisport days were likely over. Refusing to give up, Danielle fought to recover from her injuries and subsequent surgeries. She returned to the sport of triathlon and finished her first Ironman in 2008.

In Fear No Distance Grabol opens up about overcoming her injuries and discovering the world of long distance triathlon and ultra-cycling racing. Her story is one of incredible grit and determination. In 2013 Grabol was part of a two-person female team in Race Across America a continuous 3000 mile bike race from Oceanside, California to Annapolis, Maryland. They became the youngest two-person female team to finish the race and set a world record for speed. Eager to continue to raise the bar for her racing Danielle discovered ultra-triathlon racing, placing fourth overall in a double iron-distance triathlon.

Shattering the stereotypes of women in ultra-triathlon Grabol became the first woman to compete in the EPIC5 triathlon. In five days she completed five Ironman-distance triathlons, on five different Hawaiian Islands. EPIC5 consisted of a total of 12 miles of swimming, 560 miles of biking, and 131 miles of running total. Each day contestants were required to not only race, but to catch a flight to the next island!

Fear No Distance is a story of becoming comfortable being uncomfortable and learning to let go of limitations, while racing with an attitude of gratitude.

Save this product for later
Display prices in: USD
bottom of page