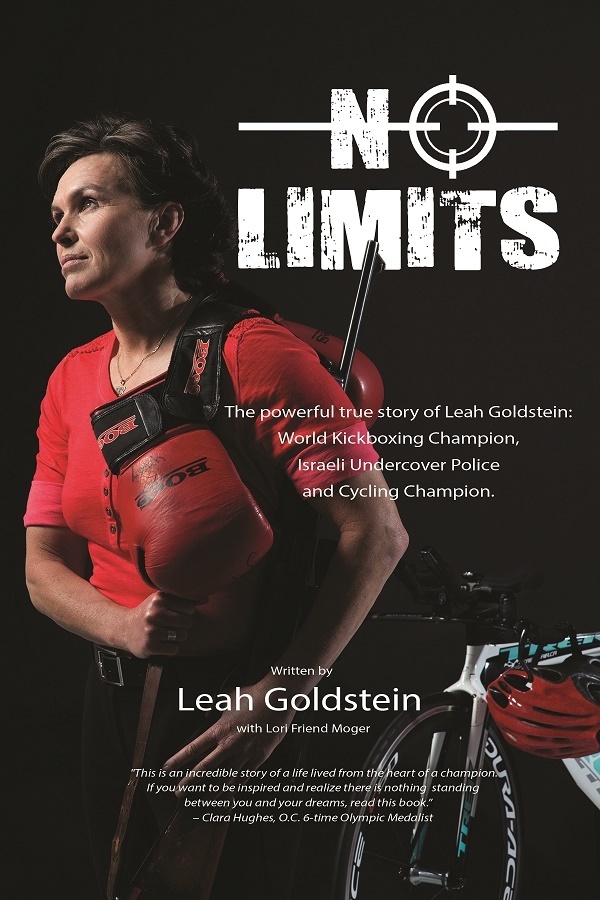 What happens when a young girl doesn’t believe in limitations? What is possible when her dreams resonate at such a frequency, that they force themselves into reality? Practically anything, as proven by Leah Goldstein’s stunning example of an unbounded life.

Prepare to be swept into the mind of a champion – battling bullies, sexism, terrorism and more, as Leah shares intimate details of fear, loneliness and anger amidst an unmatched work-ethic and overwhelming drive to succeed.

By age 17, she was the World Kickboxing Champion. Shortly thereafter, she enlisted in the Israeli Military and became one of the few female instructors of the elite Commando division, specializing in Krav Maga. Leah then transitioned into a Special Forces unit, combating terrorism and violent crime. The extreme lifestyle of the secret police eventually took its toll, and she found her salvation on a bicycle.

She convinced Israel to release her, as she pursued a brilliant 10-year career as a professional cyclist in Europe and North America – and eventually to the longest single stage race in the world, Race Across America. From crashes to podiums, and fear to triumph – Leah’s story gives us a glimpse of what’s truly possible from a life without limits.

Save this product for later
Display prices in: USD
bottom of page